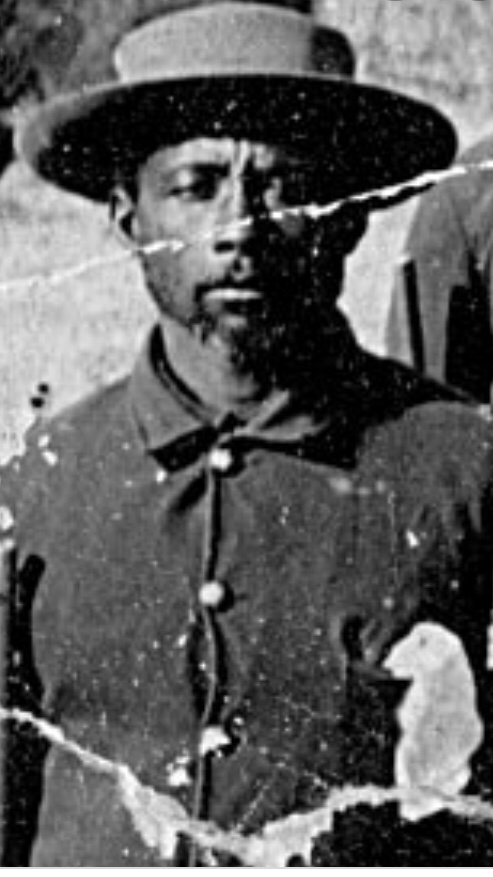 This year we will be having a marker dedication for Robert "Bobby" Kibbetts. The dedication will begin at 8:30 AM in Fort Clark. Below is the information that appears on the marker.

Robert “Bobby” Kibbetts was born in 1846 in Arkansas. He was the son of John and Nancy Kibbetts. John Kibbetts, who lived from 1810-1878, was a Seminole Negro Indian Scout. He served as a first sergeant. He was also a subchief of the Black Seminoles. He served as scout from 1870 until his death on September 7, 1878. In addition to their son Robert, John and his wife Nancy also had a daughter named Rosella (1850-1885).
Robert Kibbetts followed in his father’s footsteps. He joined the Seminole Negro Indian Scouts and became a sergeant. His service began in 1870, the same year his father joined.
Robert was married to Phyllis Wilson Kibbetts. She was born in Mexico. Her parents were John Wilson and Laura Naco. They were both from Mexico. Phyllis lived until May 13, 1939. She was 96 when she died. She and Robert had two children. Their names were Washington and Maria.
After over thirty years of service, Robert Kibbetts died on April 29,1905. He was buried at the Seminole Indian Scouts Cemetery.