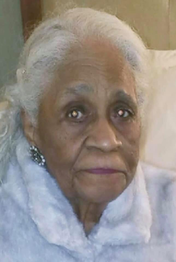 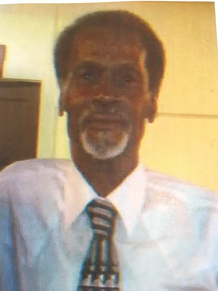 On May 4, 1949, in Del Rio, TX Paul Glen Ward was born to the proud parents of Willie and Mary Ward. Paul’s sister was born two years later. The family moved to Brackettville where they stayed until Paul’s father completed his sixth year of military service. Now residing in Ozona, TX, Paul started first grade and was baptized in 1955 at Saint Mary Magdalene Catholic Church. His Godparents were John Joe Nunley and Hazel Washington. Under recommendation from Uncle Pete Pierce and Auntie Annie Mae Pierce, Paul’s Father relocated the family to Los Angeles, California.

Paul attended Saint Odilia’s Catholic School, made his first holy communion and later the sacrament of confirmation. Although Willie Ward bought a home for his family in San Dimas, California, Paul and his sister spent summers between two sets of Grandparents in Ozona and Del Rio, Texas. Paul enjoyed spending time with his Grandpa Billie Ward, foreman of the Ralph Jones Ranch, riding horses and roping, branding, feeding, cleaning, and handling cattle. Papa Billy believed that hard work would help young Paul prepare for manhood. For three to four weeks, leaving at five a.m. on Monday morning for the ranch, they did not return to home until mid-day on Saturday. Paul learned to swim in the community pool. Going to the double-feature movies and having fun with the kids in the neighborhood were favorite pastimes. As he attended Damien High School, Paul became an outstanding athlete, receiving, for three years, the most valuable player award in track and varsity football. He also excelled in science.

At seventeen years of age, Paul joined the United States Army doing basic training at “Fort Ord” in Northern California. He traveled to and lived in several countries during his years in the military and completed three tours of duty in Vietnam between 1966 and 1976. In the field of battle, Paul relayed phone messages with orders to drop Napalm, Agent Orange and bombs. His special duties included going through underground tunnels to dismantle Vietcong strongholds; and to locate and destroy stockpiles of weapons or supplies. He was wounded in battle and spent time in Germany healing. In addition to an honorable discharge, Paul received the following Army decorations: National Defense Service Medal; Army Commendation Medal; Vietnam Service Medal; Vietnam Campaign Medal w/60 Dev: Vietnam Gallantry Cross w/palm; Expert Badge (M-14 Rifle); Marksman Badge (16 Rifle). When the war was over, like many veterans, Paul had a very difficult time adjusting while lamenting the thousands who died.

Paul met his smart and beautiful wife Specialist 4 Paula Jones (General Westmoreland’s secretary) in General Westmoreland’s Office. He had come to Fort Eustis, a US Army installation in Newport News, Virginia, to receive an award for being wounded in Vietnam. It must have been love at first sight. Paul and Paula were later married, and their first son Kenneth Eugene Ward was born Sept. 29, 1976. Their second son, Erin Antonio Ward was born Oct. 2, 1978 in Trenton New, Jersey.

Best memories Paul shared: reuniting in San Dimas for a wonderful vacation with his 10 and 12 year old sons; Celebrating his Paul’s 65th birthday with his best friend Dora Factor, her daughter and many more - hosted by his cousin Billy Joe and his loving wife Marian; Paul’s first visit to Alamo Village with his sister- they had a great time before the movie set was closed for good; Paul’s enjoyed working, cooking and eating at the Sirloin Stockade Restaurant;. and the best memory will always coming together on Seminole Indian Scouts Celebration Days the third weekend in September in Bracketville, Texas.

Acknowledgement
The Ward and Frierson Families express our sincere thanks for your many sincere expressions of love through our time of bereavement.
Your cards, flowers, visits and above all your prayers have been of great comfort. It’s during a time like this that we realize how much our family and friends mean to us.
Your kindness will be acknowledged by mail please complete the envelope.

When I come to the end of the road And the sun has set for me
I want no rites in a gloom-filled room. Why cry for a soul set free?
Miss me a little–but not too long And not with your head bowed low.
Remember the love that we once shared, Miss me–but let me go.
For this is a journey that we all must take And each must go alone.
It's all a part of the Master's plan, A step on the road to home.
When you are lonely and sick of heart Go to the friends we know
And bury your sorrows in doing good deeds. Miss Me–But Let me Go!