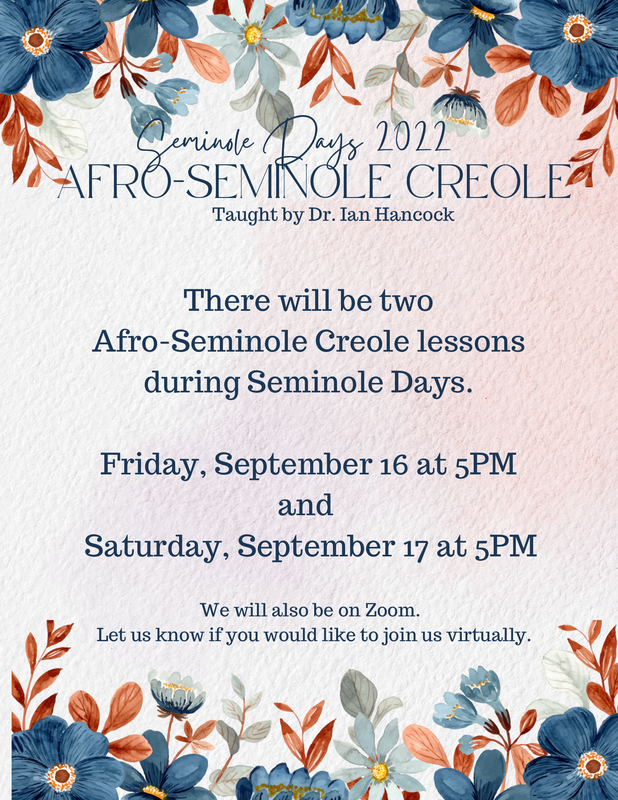 Afro-Seminole Creole (ASC) is a dialect of Gullah spoken by Black Seminoles in scattered communities in Oklahoma, Texas, and Northern Mexico.

Afro-Seminole Creole was first identified in 1978 by Dr. Ian Hancock, OBE, FRSA, a linguist at the University of Texas. Before that, no one in the academic world was aware of its existence. ASC arose when enslaved Gullah speakers from the South Carolina and Georgia coastal region, later called "Black Seminoles," escaped from slavery on rice plantations and fled into the Florida wilderness. This process began in the late 1600s, and continued into the 1830s. In Florida, the Black Seminoles built their own independent communities, but established a close partnership with the Seminole Indians. That alliance helped protect both groups during the First and Second Seminole Wars.
​
The present-day speakers of Afro-Seminole Creole live in Seminole County, Oklahoma and Brackettville, Texas in the United States, and in Nacimiento de los Negros Mascogos, Coahuila, Mexico. ASC is threatened with extinction as there are only about 200 native speakers today. The speakers of ASC are all descendants of the Black Seminoles who settled in Florida and then, through a series of wars and other threats, were driven first to what is now Oklahoma and Northern Mexico, and later into Texas after the Civil War (from Wikipedia).

We began our Afro-Seminole Creole Revitalization project on Juneteenth 2021. We have completed a full year of lessons via Zoom. Each lesson was recorded. During Seminole Days, we will have two additional ASC classes taught by Dr. Ian Hancock. The first lesson will take place on Friday, September 16 at 5PM. The second class will take place on Saturday, September 17 at 5PM. 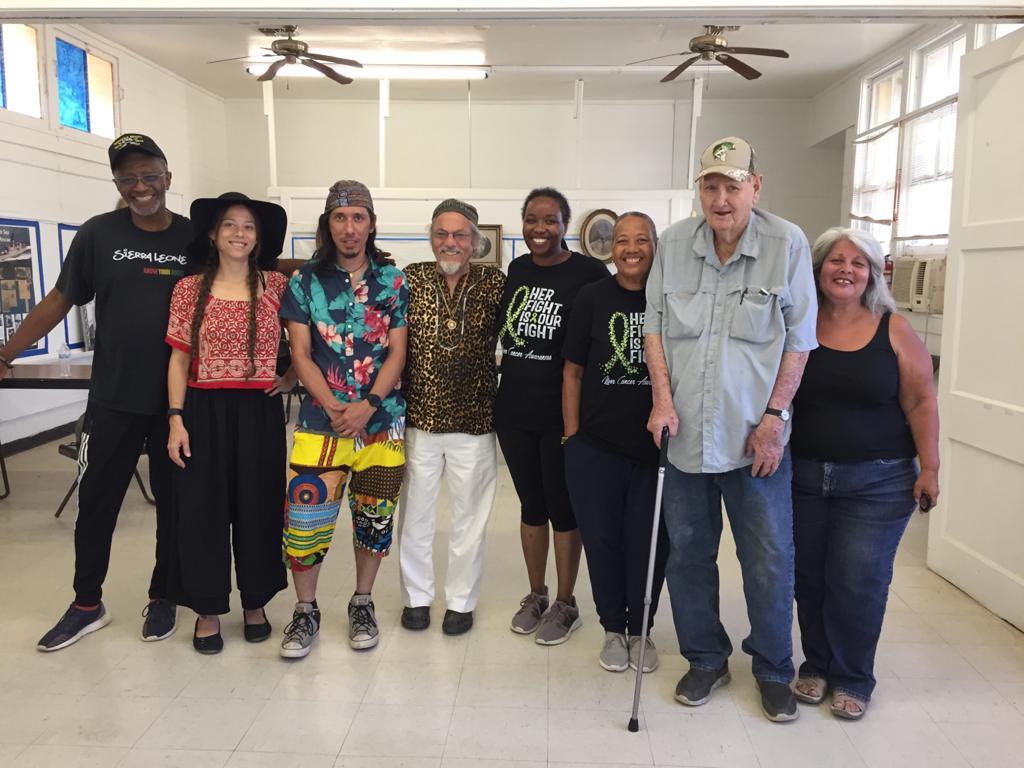 Photo from our first Afro-Seminole Creole lesson on Juneteenth at the Carver School in Brackettville, TX